8 Things to Consider When Reopening Your Community

“It wasn’t so much that it was opened too quickly,” Cuban said. “It was, one, that there were no protocols in place for businesses when they opened to keep their employees and their customers safe. It was just haphazard, businesses got to do what they thought was the right way to approach it. And, number two, nobody was adamant about masks or any other type of protocols for all of our citizens.”

“If workers are worried about their safety in the workplace, they’re just not going to be as effective or efficient or as safe as they should be.”

“To those who are complaining about the quarantine period and curfews, just remember that your grandparents were called to war; you are being called to sit on the couch and watch Netflix. You can do this!”

Way back in early January, most Americans barely paid attention to COVID-19. In those early months it was merely something newsworthy that was going on in China.

However, shortly thereafter, things got real for the rest of the world, and they got real in a hurry as suddenly the pandemic went worldwide.

The fact of the matter is that it is tough to fault anyone for underestimating the collateral damage in terms of the economic impact that we all now face because something of this magnitude has never occurred before.

With that in mind, it is critical for us to start thinking through various strategies as we begin to open our communities.

We have come up with a list of 8 things to keep in mind as you reopen your community:

When it comes to re-opening your community, it is not a one-size-fits-all process!

Not only does every state (and every local economy) have their own risk factors that need to be considered and addressed to open with confidence, they all have different reopening (and reclosing) plans.

One glaring example of variation in risk factors is the trajectory of each state’s positive tests per 100,000 people1 over the previous two weeks – which varies wildly from state to state.

While all 50 states started to reopen after the entire country was forced into lockdown in early March, some have been forced to either pause or reverse course due to their metrics heading in the wrong direction.

This has led some states to give their constituents the green light to open in a somewhat haphazard and patchwork manner, and often on a county-by-county basis. The problem is that in many cases, this has occurred without consistent and well-structured guidance.

2. Guidance from Government Agencies is Often Confusing and Sometimes…Non-Existent

Which brings us to our second point, i.e., that guidance from government agencies is often vague and, in many cases…non-existent.

In terms of “guidance confusion”, you need look no further than the quandary faced by production and other entertainment companies. Typically, for film and TV productions, local, state and county guidelines trump those given by unions or other industry trade associations. The problem, however, is that many of those guidelines are often vague, contradictory or simply pass the buck.

For example, in California, guidance for music, film and television production reads: “To reduce the risk of COVID-19 transmission, productions, cast, crew and other industry workers should abide by safety protocols agreed by labor and management, which may be further enhanced by county public health officers.” 9

In the state of Georgia, however, companies are told that: “The Georgia Film Office encourages film and television companies to develop strategies to support the health and safety of their cast and crew as production activity restarts,” while only being offered minimum guidance on safety protocols.

An example of non-existent guidance comes from well-known entrepreneur and owner of the Dallas Mavericks Mark Cuban, who was extremely critical of the guidance given by officials in his home state of Texas:

“It wasn’t so much that it was opened too quickly,” Cuban said. “It was, one, that there were no protocols in place for businesses when they opened to keep their employees and their customers safe. It was just haphazard, businesses got to do what they thought was the right way to approach it. And, number two, nobody was adamant about masks or any other type of protocols for all of our citizens.” 2

Cuban believes they could have done a much better job in helping their constituents and business owners navigate the rough waters of the coronavirus recovery.

3. Safety and Gaining the Confidence of Customers Have Become Selling Points

According to a consumer sentiment survey conducted by McKinsey, respondents said that, “when deciding where to shop, they look for retailers with visible safety measures such as enhanced cleaning and physical barriers. In addition, they buy more from companies and brands that have healthy and hygienic packaging and demonstrate care and concern for employees.” 3

A similar nationwide survey from YouGov and SafetyCulture4 showed that:

However, their wariness seemed to dissipate, and their comfort increased when businesses were transparent about their procedures and took precautions such as regular cleaning and disinfecting4:

4. Employee Confidence is Critical Too

Speaking of gaining confidence, organizations cannot forget about their employees.

According to a survey conducted by employment-oriented website LinkedIn, worker confidence regarding safety at the office has decreased significantly in the past few months. Worker confidence dropped by 10 points between May and June which was likely caused by an increase in COVID cases during that time.

UNC Chapel Hill Professor Greg Brown discussed the impact of the decreasing worker confidence numbers: “If workers are worried about their safety in the workplace, they’re just not going to be as effective or efficient or as safe as they should be.” 8

Another McKinsey survey came to a similar conclusion with respect to how organizational responses are having a substantial impact on employee engagement:

5. Businesses require stable and predictable processes rather than trial and error

There is an old saying that “necessity is the mother of invention” – meaning that when the need for something becomes critical, we as humans are forced to figure out how to do it.

In the case of COVID-19, these uncertain times have created opportunities for innovation and experimentation in many areas such as telemedicine, the use of robots and drones – to name just a few.

However, when it comes to getting our communities and businesses back up and running, trial and error is not the best way forward.

Instead, we need data-driven recommendations combined with stable and predictable processes, which is a great segue to our next consideration…

6. “Without Data, You’re Just Another Person with An Opinion”

Which is a quote by the late management guru, W. Edwards Deming, which is as poignant now as ever. In other words, to make the best decision possible, you don’t want subjective opinions, but rather, you want objective facts.

As we have all seen during this pandemic, much of the data and analysis that we have been presented with has been unreliable and untimely. From hospitalization data to testing data, it is really perplexing to figure out which data we can trust.

7. It Is a Fluid Situation: Stay Agile!

Things are changing daily; it seems like every time we turn around, we are learning something new or being told something different – wear masks…don’t wear masks…wear masks…

These quickly changing guidelines are causing us to quickly make decisions and take actions that could have a substantial impact on our lives.

What this means is that it is critical to not only stay up to date on the latest facts and trends, but it is also as important to have an agile mindset. This means that we replace the traditional slow-to-change bureaucratic mindset with one that is more adaptable to help us thrive in our current world of massive rapid change.

8. Speed and Clear Communication are the Vaccines for Re-Opening Our Communities

One thing that we have all learned is that when it comes to COVID-19, speed is of the essence!

Not only was this critical for public health in terms of limiting the initial spread of the virus, it was also critical in flattening the curve.

And now that communities and businesses have started to reopen, it is going to be even more crucial to operate as quickly as possible to satisfy various stakeholder needs.

As we said earlier, both employees and customers are wary when it comes to doing business in the COVID-19 era. Which makes it that much more critical that we communicate clearly to employees and customers alike regarding our impending actions, timelines, and projected outcomes. The more we can base these clearly articulated and future-focused messages on data and facts, the quicker their confidence will return and the faster our economic recovery can start!

Before We Go…A Bonus 9th Thing to Consider

And while the COVID-19 pandemic is not a laughing matter, we will add a bonus 9th thing to consider which is to try to keep your sense of humor during these tough times. Psychologists have long found that humor is a great way to relieve tension as well as a great coping mechanism, which reminds me of a meme I saw recently that said:

“To those who are complaining about the quarantine period and curfews, just remember that your grandparents were called to war; you are being called to sit on the couch and watch Netflix. You can do this!”

Stay safe and reopen with confidence!

About the Author: DHIT Media 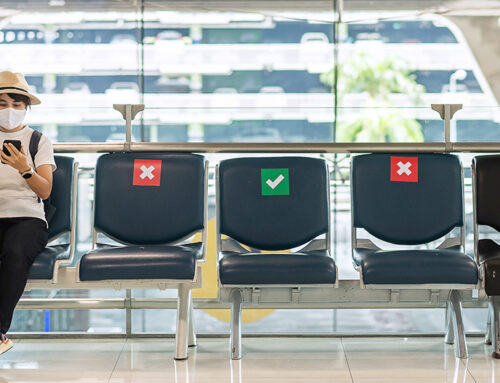 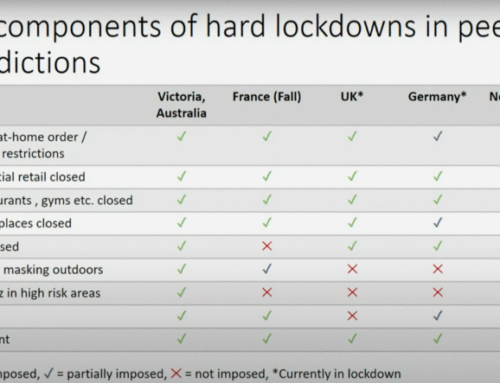 COVID-19 Restrictions That Have Helped Other Countries Flatten the Curve 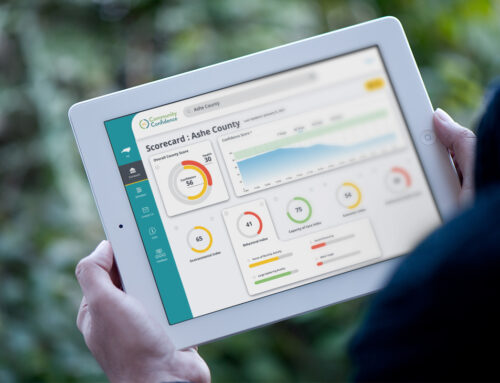