5 Things to Know About the Pfizer-BioNTech Vaccine

“Pfizer and BioNTech are continuing to accumulate safety data and currently estimate that a median of two months of safety data following the second (and final) dose of the vaccine candidate – the amount of safety data specified by the FDA in its guidance for potential Emergency Use Authorization – will be available by the third week of November.” 1

On Monday, Pfizer Inc announced in a press release that its COVID-19 vaccine, co-developed with its German partner BioNTech, has demonstrated a 90% efficacy rate in preliminary results from its Phase 3 clinical trials. While the results are based on early and incomplete test results, they do nonetheless provide a huge burst of optimism to a world in desperate need of a solution to bring this devastating pandemic under control.

Dr. Bill Gruber, Pfizer’s Senior Vice-President of Clinical Development, expressed his optimism regarding the vaccine in an interview with the Associated Press:

“We’re in a position potentially to be able to offer some hope…we’re very encouraged.” 2

Once it has the necessary safety information in hand which is expected later this month, Pfizer will be able to apply to the US Food and Drug Administration for emergency-use approval.

Back in July, Pfizer and BioNTech began a late-stage clinical trial related to the coronavirus vaccine involving 43,538 participants.

In the trial, half of the people received two doses of the vaccine while the other half received a placebo. The companies then had to wait to see if the vaccine offered the recipients any protection from COVID-19.

After a statistically significant number of trial participants became infected with the virus, researchers were then able to compare COVID-19 infection rates between the groups.

The trial’s initial analysis resulted in the vaccine being shown to be at least 90% effective in preventing a viral infection 28 days after beginning the two-dose schedule. Meaning that the majority of the illnesses that were confirmed resulted from those in the placebo group. Another reason for optimism was that no serious safety issues were reported.

The excellent results were surprising to many as for months most scientists have cautioned that any COVID-19 vaccine may only be as effective as flu vaccines which are roughly 50% effective and necessitate annual immunizations. In fact, earlier this year, Dr. Anthony Fauci, who is the US government’s top infectious disease expert, said he would be happy with a vaccine which was 60% effective.

Given his statement earlier in the year it wasn’t all that surprisingly that Fauci lauded the results showing potential 90% effectiveness as “just extraordinary” while adding, “Not very many people expected it would be as high as that.” 2

2. Distribution of the Vaccine Will Be a Herculean Challenge

As promising as Monday’s news is, there are still many logistical challenges that must be overcome, which include:6

3. How Many Doses Will Be Available?

According to the Pfizer press release:

“Along with the efficacy data generated from the clinical trial, Pfizer and BioNTech are working to prepare the necessary safety and manufacturing data to submit to the FDA to demonstrate the safety and quality of the vaccine product produced.

Based on current projections we expect to produce globally up to 50 million vaccine doses in 2020 and up to 1.3 billion doses in 2021.” 1

Therefore, as two of the Pfizer-BioNTech doses are needed for each person, 25 million people will be able to be vaccinated in 2020 with another 650 million people in 2021.

The first round of vaccines available to the public are expected to go to healthcare and front-line workers, as well as those people who are more vulnerable to COVID-19 such as the elderly or those with risk factors such as obesity or diabetes.

4. The Vaccine Was Not Part of “Operation Warp Speed”

Unlike other companies such as Moderna and AstroZeneca, Pfizer did not accept any federal funding to develop or manufacture the vaccine.

In fact, the company has tried to distance itself from President Trump and Operation Warp Speed as Senior Vice President and the head of vaccine research and development at Pfizer, Kathrin Jansen said in an interview on Sunday:

“We were never part of the Warp Speed…we have never taken any money from the US government, or from anyone.” 5

The company however did release a statement on Monday saying that it did sign a contract in July to provide the United States with 100 million doses for $1.95, assuming that the vaccine was approved by the FDA.

5. There Are Things We Still Don’t Know…

While the news on Monday was indeed positive, there are still several things we don’t know regarding the vaccine, including:

So, while the news of the Pfizer-BioNTech vaccine was met with a lot of optimism, as you can see there are still some hurdles that need to be overcome and questions that need to be answered.

Hopefully, those hurdles are all cleared, and the questions answered so that the vaccine can be given with confidence…Community Confidence!

About the Author: DHIT Media 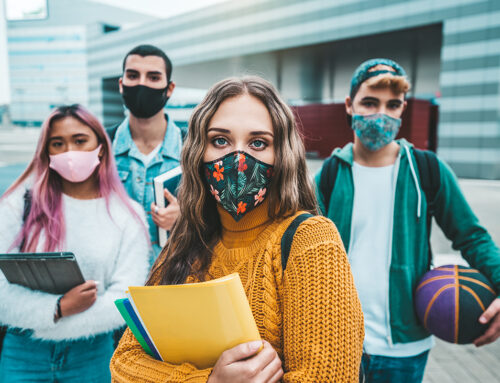